You may not even be thinking of Mother's Day yet, but it's on the way and will be here before you know it!!
If your looking for the perfect gift for your mom, your wife, your best friend who is a mom or that fabulous gal in your life, look no further!  Nourishing Families is offering a special that is sure to be wonderfully delicious.


My Mom instilled a love of cooking in me from a very early age, in fact I recently read a journal entry where my mom talked about how I made dinner all by myself when I was just 6 years old!  After that she started teaching me everything she knew about cooking delicious meals.  I know that as you share time together preparing and as you enjoy a meal together that you will build and nourish strong family relationships!
Posted by Tammie at 9:03 PM No comments: 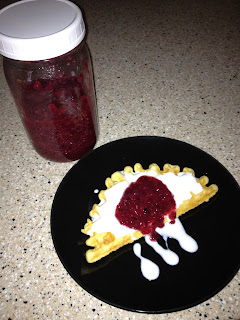 Bloating. Heart burn. Indigestion. Constipation.  For an unfortunate many, these symptoms are a nagging and frequent experience, all of which stem from an imbalanced and over-burdened digestive system.
The answer to these modern digestive complaints may be found in studying the eating habits of diverse cultures from other parts of the world.  These cultures regularly consume foods that have been “fermented” through a variety of natural processes. This fermentation or “culturing” of foods contributes to enzymatic activity – the breaking down of complex substances into smaller parts - thus easing the burden on our digestive tract. In addition, during the fermentation process naturally occurring beneficial bacteria, or probiotics, both enrich and preserve the food.
It’s very recent that cultured foods have begun to disappear from our plates. Modern pickles and sauerkraut are made with vinegar instead of the traditional method of lacto-fermentation using salt. Bread and pasta are made with commercial yeast instead of being naturally leavened with wild yeast (sourdough). Milk, yogurt and cheeses are being pasteurized, which kills off all the friendly bacteria we so desperately need to maintain health.
There are many advantages to going back to the traditional ways of our ancestors, and eating more cultured, fermented, foods.
Fermentation precedes human history, but since ancient times people all over the world have been controlling the fermentation process. There is evidence that people were making fermenting beverages in Babylon around 5000 BC, there is evidence of leavened bread in ancient Egypt dating back to 1500 BC and of milk fermentation in Babylon circa 3000 BC.
Traditionally people wouldn’t have to think twice about replenishing the bacteria that allow us to digest food. But we live in a “war on Bacteria” world with products like; antibiotic drugs, chlorinated water and antibacterial soap that kill not only harmful bacteria but friendly bacteria and if we fail to replenish the friendly bacteria we won’t effectively get nutrients from the food we eat.
Top 5 Reasons to Eat Cultured/Fermented Foods
1.    Improved absorption and digestion
2.    Restore the proper balance of bacteria in the gut
3.    Rich in enzymes
4.    Preserved vitamin content
5.    Inexpensive
Below I have included a recipe for Orange Marmalade and Berry Preserves, pictured above topping a GF waffle and homemade Kefir milk.
There is also a recipe for making Sauerkraut, this will only take about 20 minutes to prepare and then 7-10 days of fermentation time.
Cultured Berry Preserves 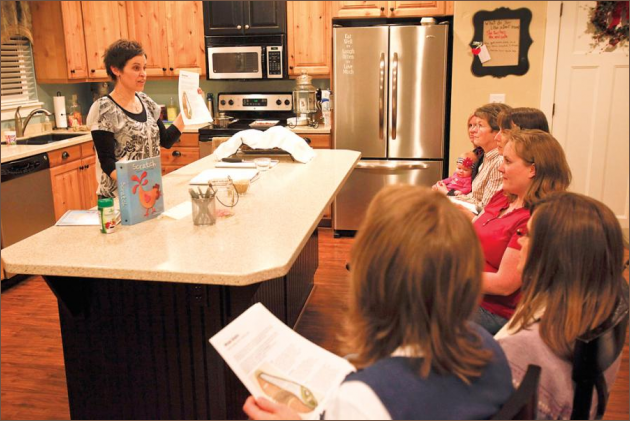 Click on the photo to read the article from The Standard Examiner called: Scratching an Itch for Healthy Food 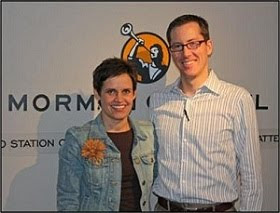 Click on the photo of Dr. Jerry and Tammie to listen to an interview on Insights from the Mormon Channel.

I've used other blenders and the Blendtec Blender is my favorite, industrial strength blender. I use it multiple times every day! Click on the Blendtec logo above to be directed to their site!

Here's what critics are saying about "Scratch". . .

What do chickens do?

What do mothers do who want their children to grow up healthy and happy?

Cook from scratch of course.

In a time when “quick fix” meals are all the rage, Tammie Duggar’s cookbook, “Scratch—Real Food, Real Recipes” is a god send. Instead of opening up a spaghetti sauce can for yet another Italian meal or scrambling in the cupboard for my family’s latest boxed surprise, I am finally doing anything but digging, and Duggar is showing me how easy it is to cook without the bottle, the box or the microwavable package.

“I want readers of my book to re-connect with real food; to fall in love with the process of meal preparation and to re-capture something special that our culture has lost,” says Duggar.

“Scratch,” published by Morris Press Cookbooks, includes over 250 recipes, including gluten free and dairy free options. Mothers who are intimidated by cooking from scratch will be pleasantly surprised at the easy, guilt free recipes. I know I was. I discovered that cooking from scratch was less inexpensive than I originally thought and what I put together was quick, easy and healthy. My favorite recipe is Black Bean Salsa, which incorporates frozen corn, tomatoes, and green onions. It’s very tasty!

Though there are no pictures in “Scratch” to show the finished product, I found the recipes simple and specific enough that not having photos did not matter to me.

“Scratch,” is indeed a cookbook for our time. Cooks of all ages will enjoy the hard cover 3-ring binder for easy adding and viewing, the tabbed recipe sections, and the ingredient substitution list. They will love how they can make real food…fast; how they can please even the pickiest of family members.